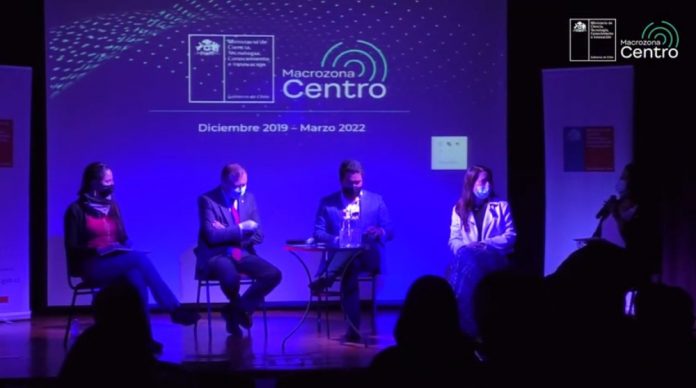 The availability of the document was announced at the closing event, which took place at the Rioja Palace in Viña del Mar, which was attended by university authorities, from the political and business world, close to science, technology, and knowledge.

After two years of operation, the Ministerial Regional Office of Science, Technology, Knowledge and Innovation, concludes its installation stage, to start a new cycle in charge of new authorities. To mark this moment and to facilitate this transition process, it was decided to prepare a document that summarizes the work carried out, which was disclosed in a closing activity that took place on March 3 at the Palacio Rioja from Vina del Mar.

The document includes the institutional vision of the implementation process of said macro-zonal office, the initiatives carried out in these two years of operation, the collaborative projects, and those projects in progress, which should be carried out during the current year. Those who are interested in downloading this report can do so from the following link:

Seremi María José Escobar was the first person to hold this position, a challenge that she defined as one of the most enriching professional experiences she has had to face: “When I was appointed to this position, it was a surprise that was accompanied by uncertainty and responsibility. being a new professional challenge and a new institutionality for the country. I am very proud to have faced this challenge, to look back, and to see a journey where the path has been sown so that this office continues to bear fruit. When the ministry was born, we had to insert ourselves into an ecosystem that was used to working without us, now we exist physically as an office, and we also play an important articulating role between different actors who previously did not have a meeting point. Today this office is fundamental for the advancement of public policies and the strengthening of the STI ecosystem of Valparaíso and Coquimbo”, commented the authority.

During the closing activity of the Seremi de Ciencia, María José Escobar gave a brief presentation entitled “From the idea to the facts: two years of management and implementation of the Seremi de Ciencia in the regions of Valparaíso and Coquimbo”, which summarized the work carried out and was the starting point for a rich conversation with representatives of the academic and business world.

The conversation panel entitled “Challenges of Science, Technology, Knowledge and Innovation in the Central Macrozone” was made up of José Pakomio, President of the Regional Chamber of Commerce of Valparaíso, Osvaldo Corrales, rector of the University of Valparaíso and President of the CRUV and Katharina Brokordt, academic from the Universidad Católica del Norte, Coquimbo campus and Carola Flores, CEAZA researcher and alternate director of the Millennium Nucleus UPWELL.

“I thank to all those who joined this last activity that I had to organize as Seremi, but above all to those who have worked collaboratively during these two years of management and today are part of the path traveled. There is a consensus to move forward in development hand in hand with science and technology, and for that we need the different actors to continue collaborating, embracing common challenges, both in Valparaíso and Coquimbo, considering all their diversity, their similarities, differences and strengths”, added María José Escobar.

Check out the video of the launching available here (in spanish):